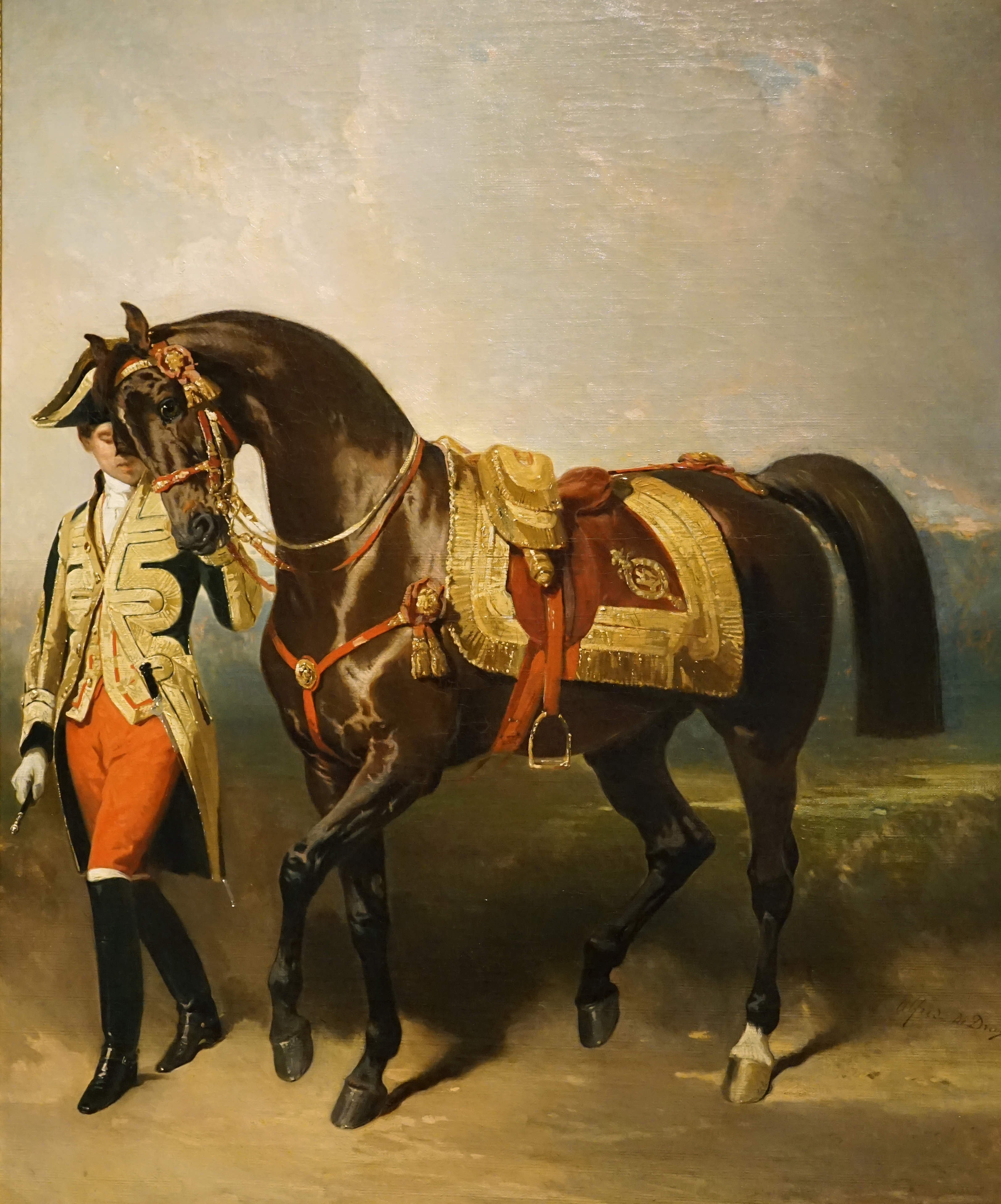 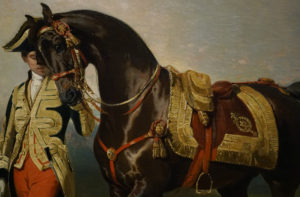 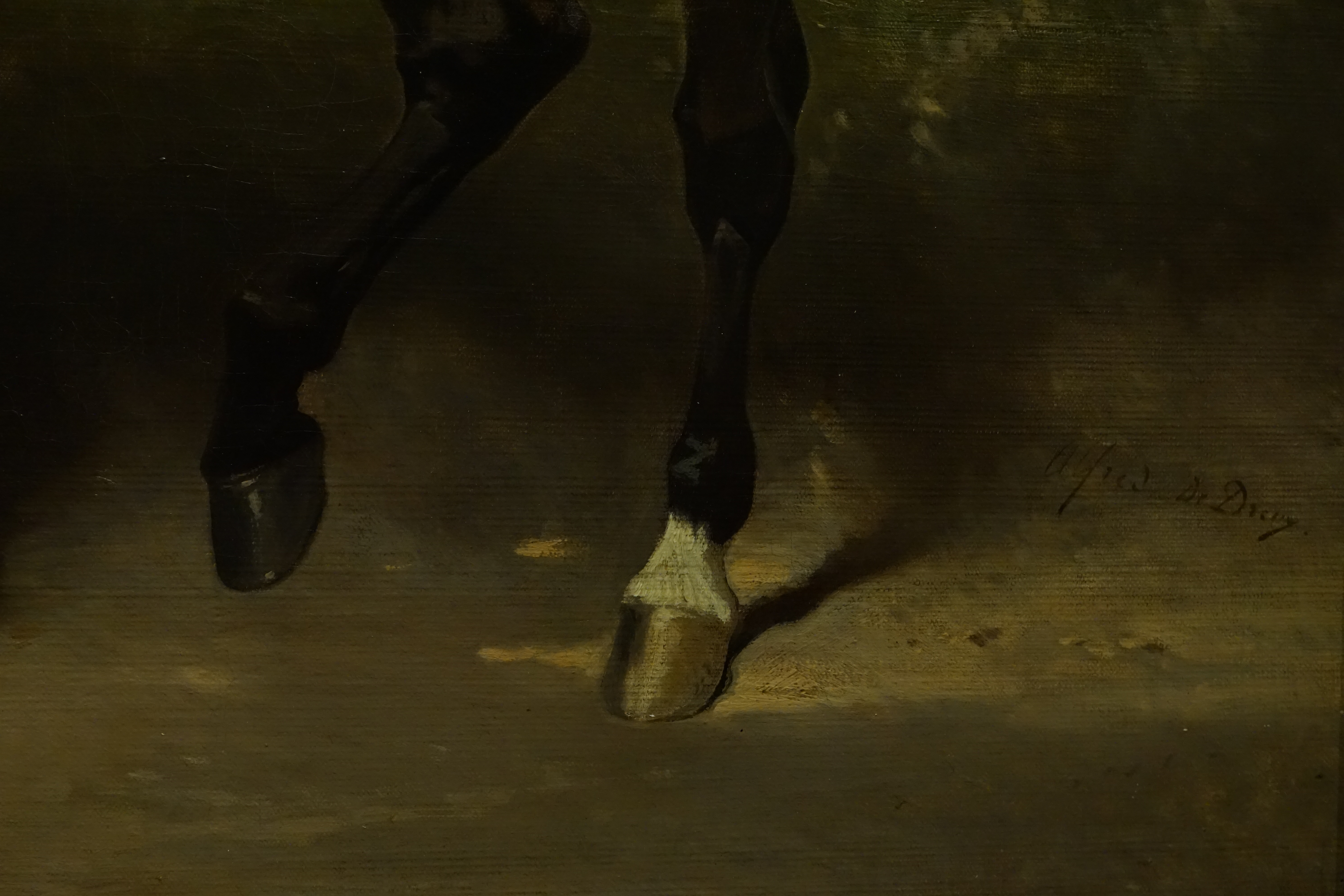 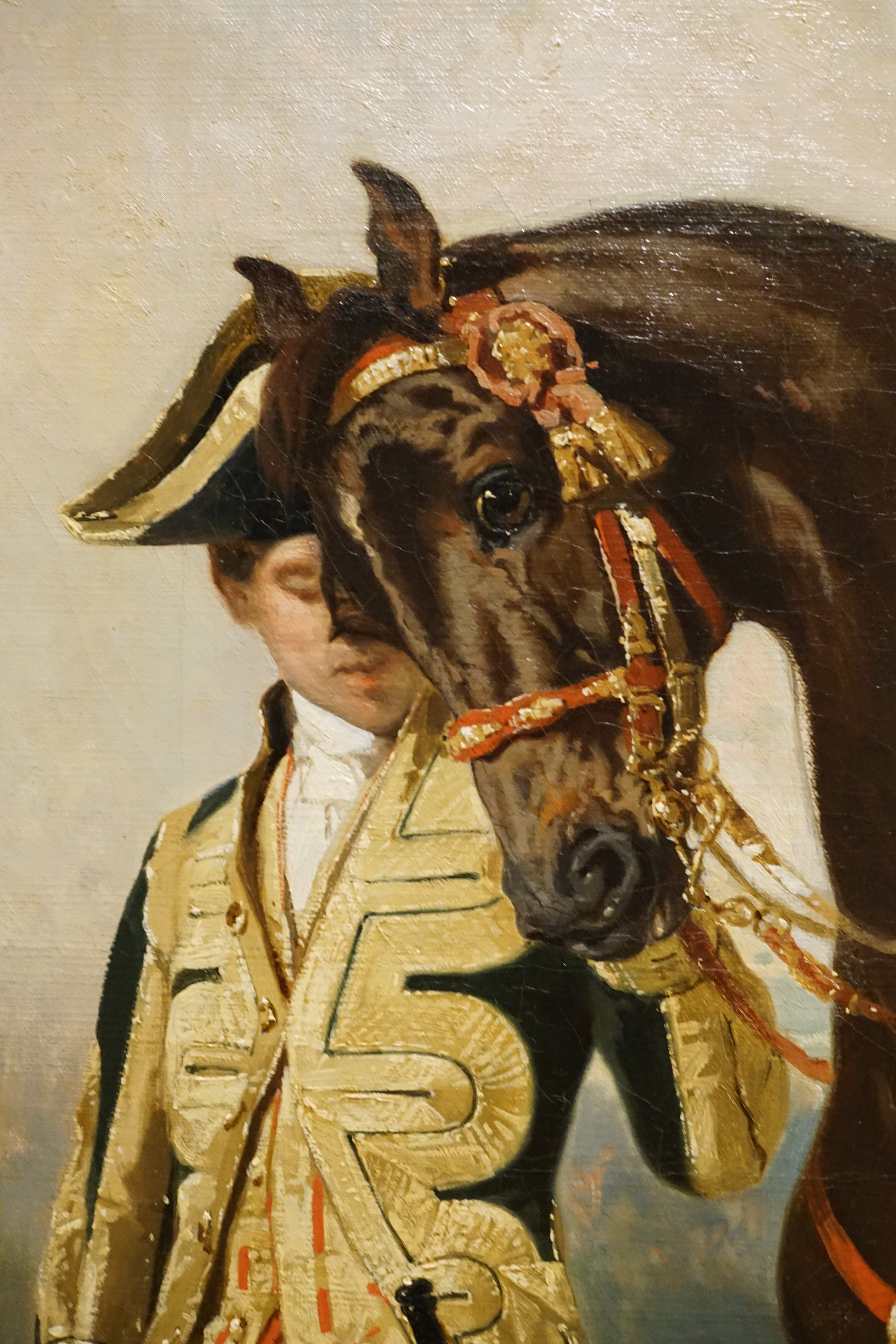 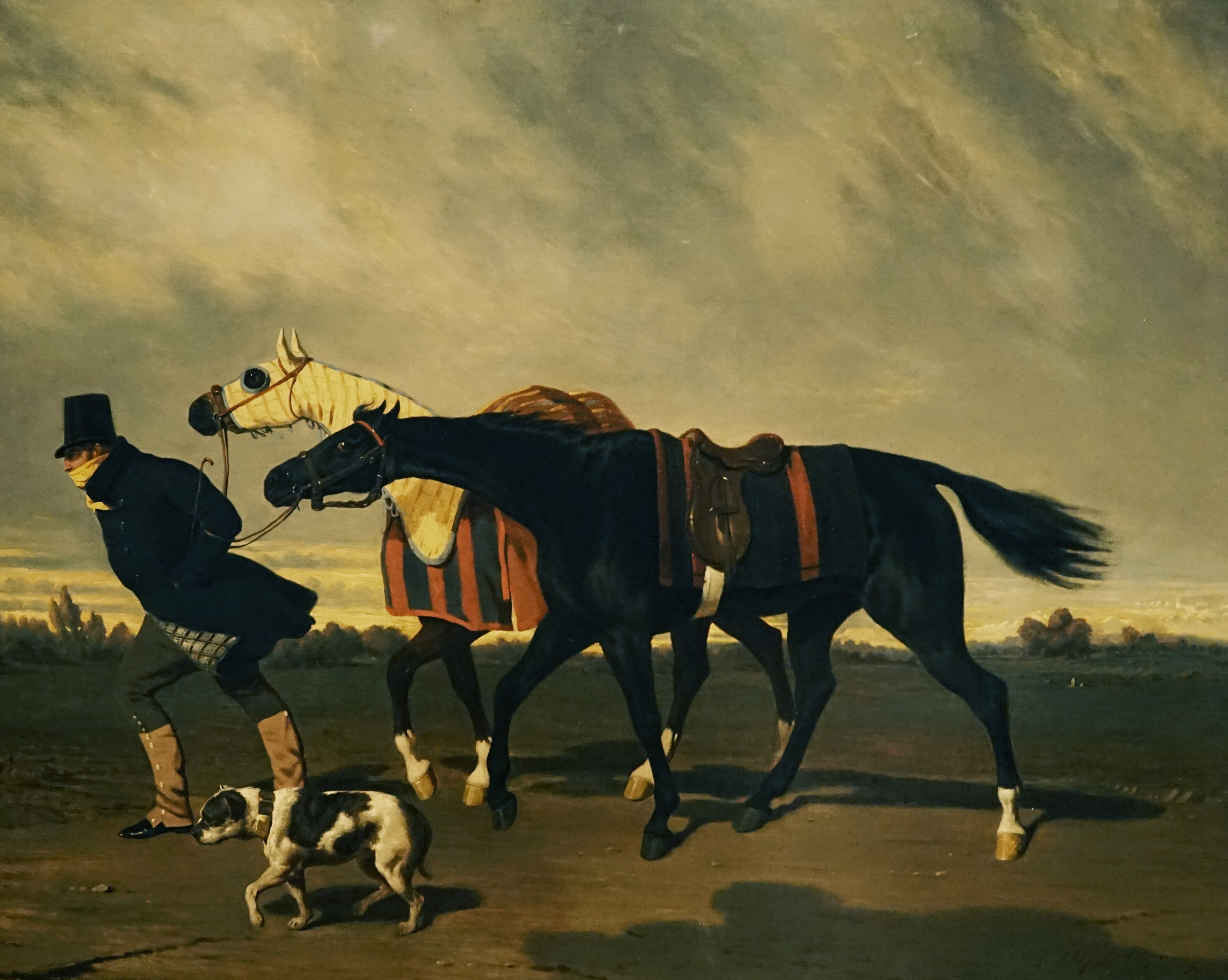 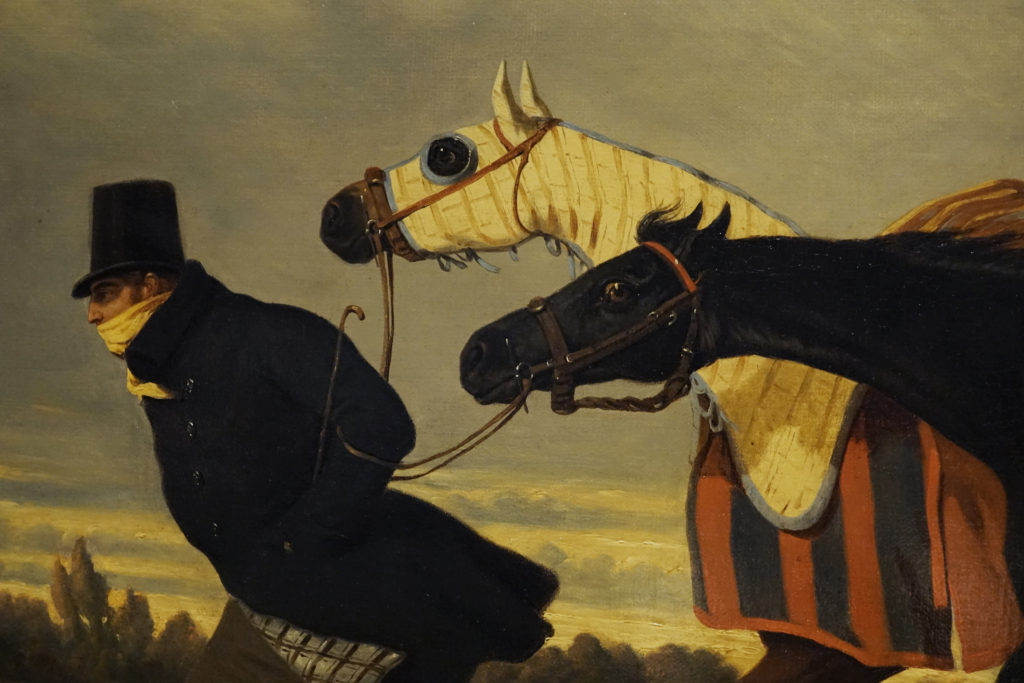 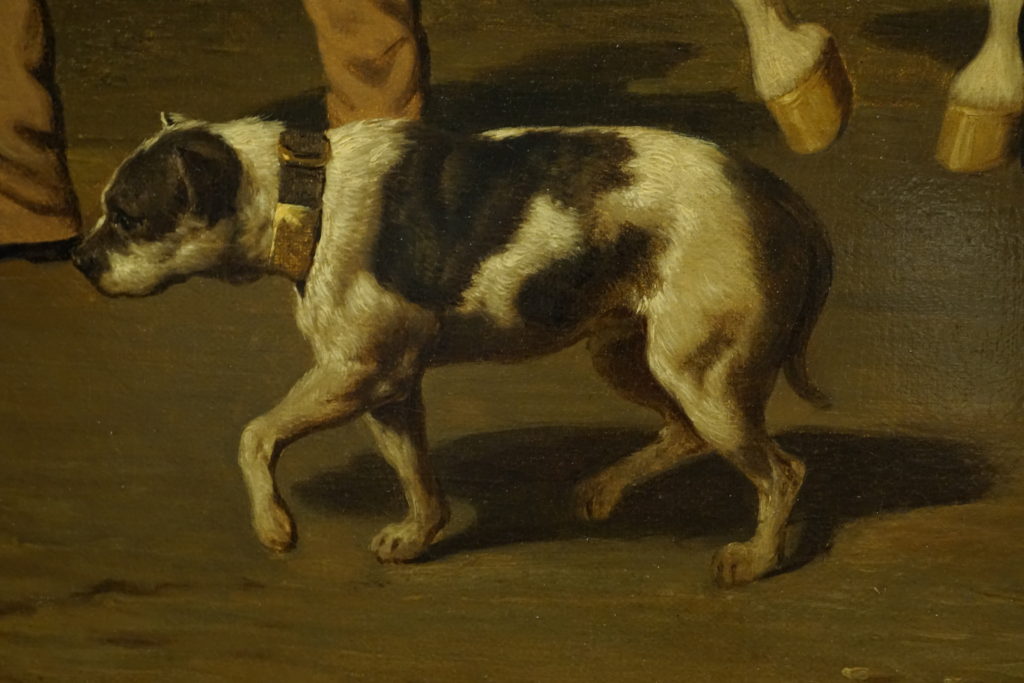 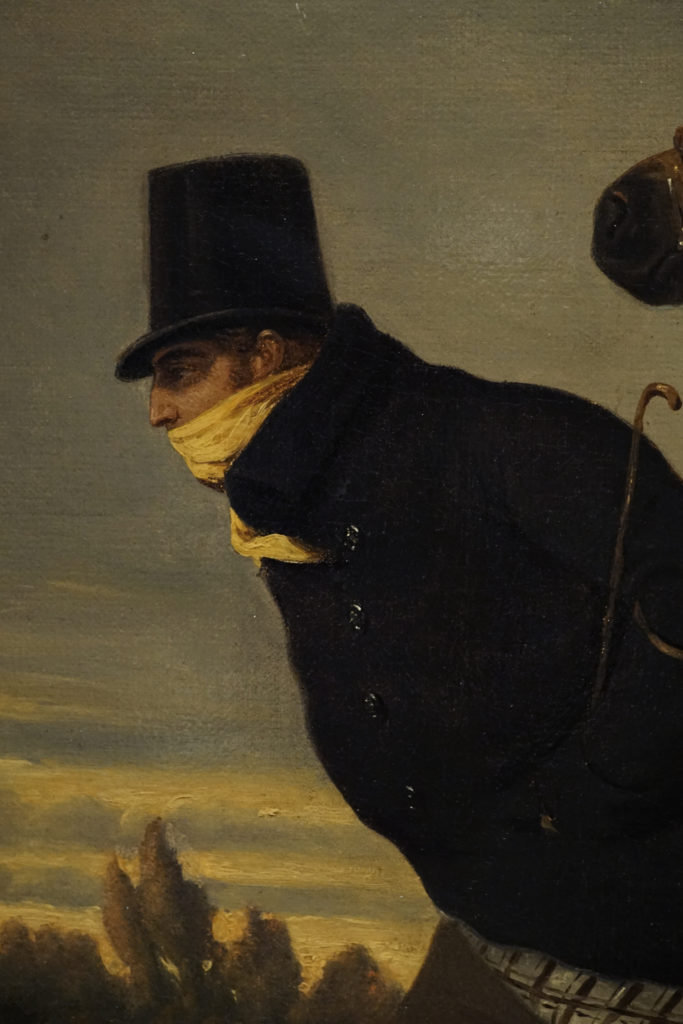 In 2018, these two paintings were on exhibit at the Pittsburgh Frick museum. They were on loan from the Virginia Museum of Fine Arts.

The reason I wanted to compare these two paintings is simple; they were created by the same French painter, Pierre Alfred de Dreux. Furthermore, their subjects are similar with a focus on the relationships between men and their horses. The first painting is named the Emperor's Horse dated 1853 and the second is Return from the Races dated 1842.

While viewing the exhibition, I was attracted to the first painting which includes the figure of an emperor with his horse. The use of paint to create the reflection of metal and gold were the initial attraction.

I noticed the second painting since the two were displayed side by side. What ultimately impressed me were the differences in what appears to be the relationship between horses and men in these oil paintings.

In the first painting, the emperor's horse is the center of attention with the male figure almost washed out as he stands in the background. There seems to be a genuine appreciation extended from the male figure to the horse. He seems to barely lead their steps forward, almost as though they are walking side by side. What I feel when I see this painting is a tenderness. The opposite seems true for the second painting.

In the painting titled Return from the Races, the horse in the foreground seems very concerned while the man charges ahead. The horse appears to be pulled with force in a forward direction. The male figure seems to show little regard for his horses as he walks ahead of them.

One last note on the second painting is that the hind leg of the black horse is identical in its color pattern to the racehorse in the background. I'm not sure if there is a significance but would like to know.