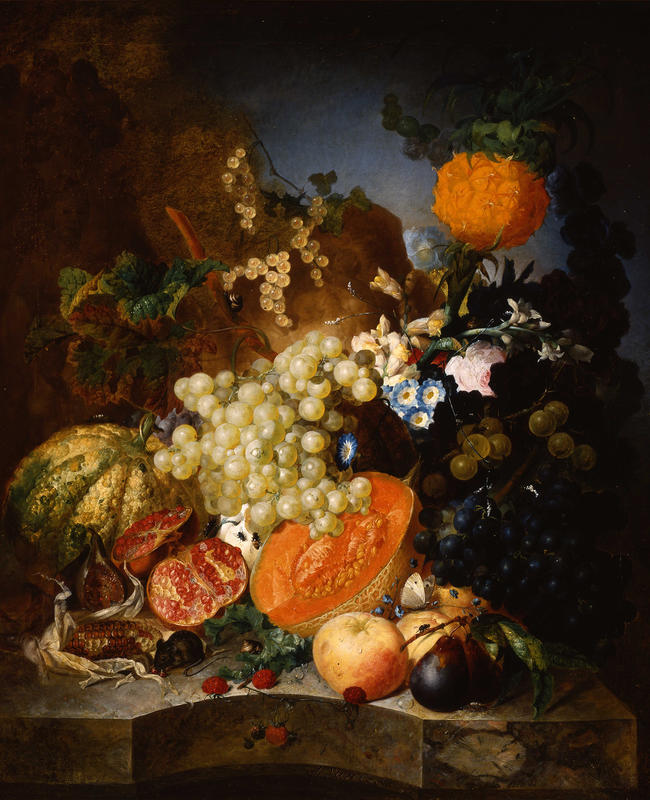 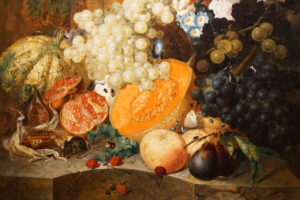 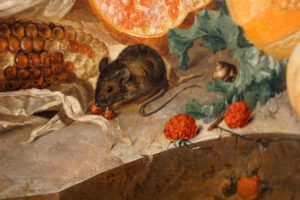 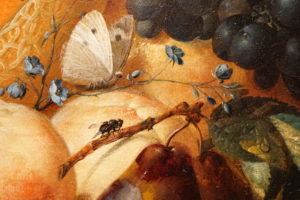 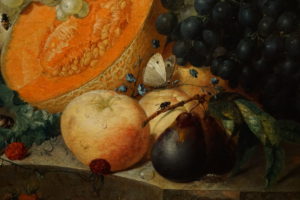 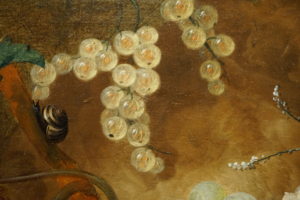 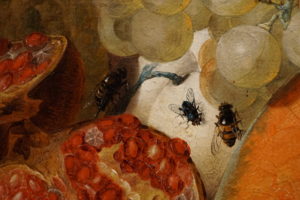 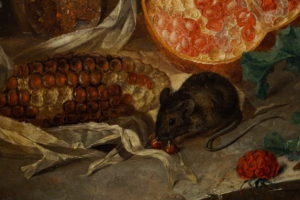 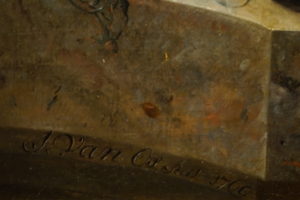 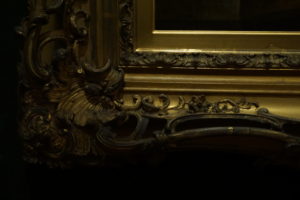 This Jan van Os still oil life painting includes fruit, insects, flowers, and a rat. It it signed and dated 1769. The amount of detail from the insects to the water droplets and transparency of the fruit is stunning. This is one of my favorite painting at The Frick Pittsburgh museum. It is part of the permanent collection.

Details about this artist are found below:

"Those who worked in the first quarter of the 19th century had sold themselves completely to the neo-classic school of David. They strove to imitate the elevated style, pseudo-heroic, lacking spontaneity, and abhorring all subjectiveness, or the expression of the painter's own individuality. Their aim was by dead technical skill to make copies of human beings, even of nature as it reveals itself in leaves and twigs, but barren of life, dry and formal.

"Jan van Os (1744 — 1808),  more strictly conforming to tradition, not only copied the works of Van Huysum himself, but he carried  imitation so far as to have four children and grand-children who devoted themselves to the painting of still life."