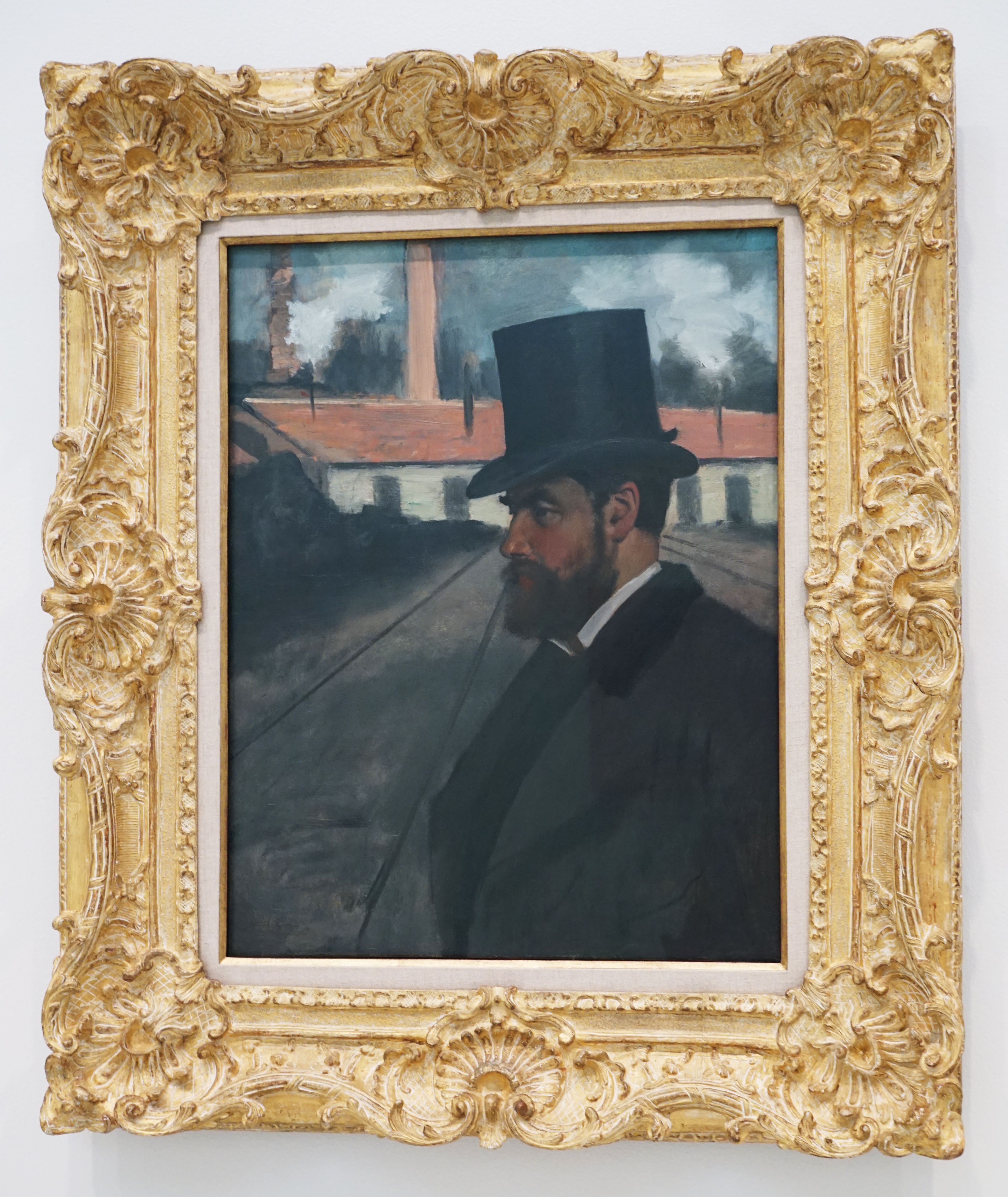 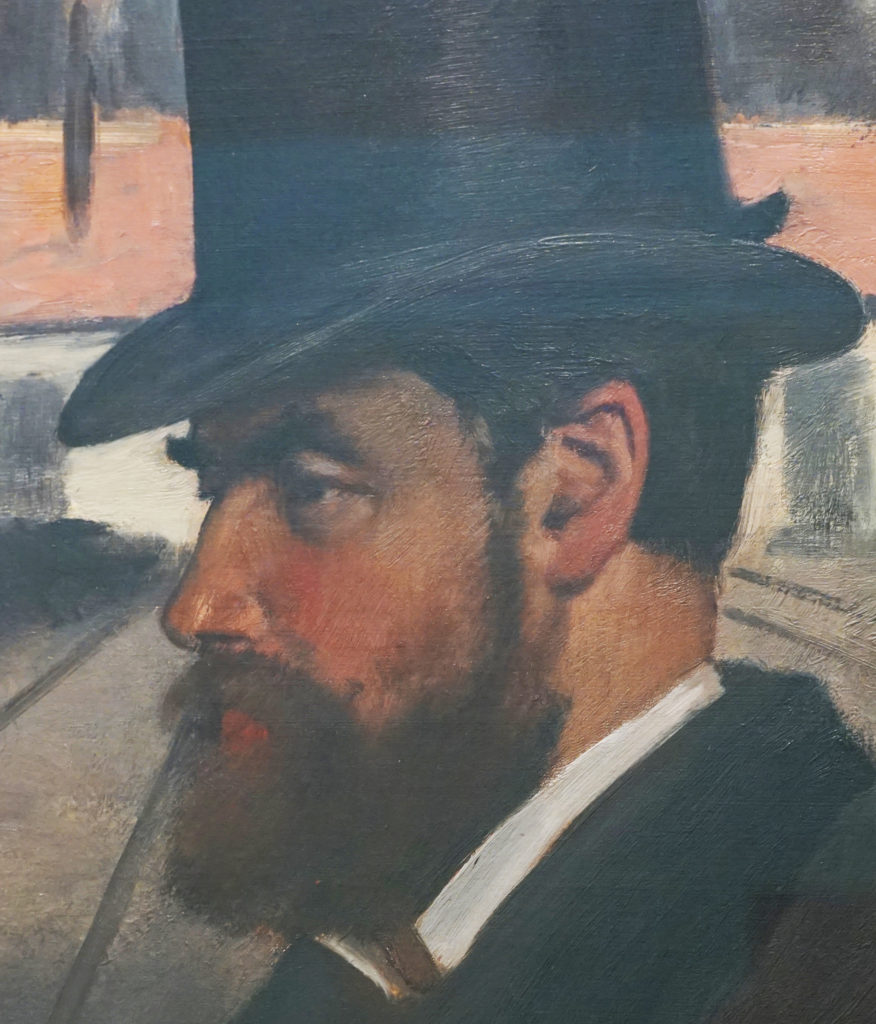 Edgar Degas painted more than one portrait of Henri Rouart during his lifetime. You can read more about their friendship below.

This portrait is of Rouart in front of his factory and was painted in 1875. Make sure to notice the railroad tracks that are prominently displayed in the painting. These tracks represent modernization, innovation, and helped people to look forward to the future after the war of 1870. You will find railroad tracks in many painting of the era.

The second image is also supplied to highlight the brush strokes. This is perhaps the most significant difference between a print and the original, the ability to observe the artist's use of paint to emphasize or marginalize a particular portion of the work.

"It was somewhat of a tour de force to be a friend of Degas, for. outside of the fact that he was not sociable, one had to put up with his egoism, even his hard-heartedness, his extreme irascibility, his biting wit. It was therefore thanks only to a great deal of good will, patience, and a total lack of pride, that some of his contemporaries were able to remain his friends."

"Henri Rouart, also a schoolmate, remained his friend until his death. Although very much interested in painting — he was a subtle and delicate watercolorist — he took a different path from Degas, entered the Polytechnique and became an engineer. The war of 1870  brought them closer together, for they fought in the same artillery company. After the war, Degas regularly visited Henri and his brother Alexis. The painter dined with Rouart once a week at the least and was invited to "Queue-en-Brie," the latter's country place; he corresponded with him when he traveled and did his portrait several times. The death of Henri
Rouart in 1912 left a great void in Degas' life, and he never quite recovered from this loss."

Source: A loan exhibition of Degas for the benefit of the New York Infirmary, April 7-May 14, 1949, Wildenstein and Company (New York, N.Y.)

Posted in Image of the Day and tagged 1875, Carnegie Museum of Art, Edgar Degas, Henri Rouart, Painting
← The Value of Microfilm and MicroformsHarney and Sons Paris Black Tea and Fruit Blend →