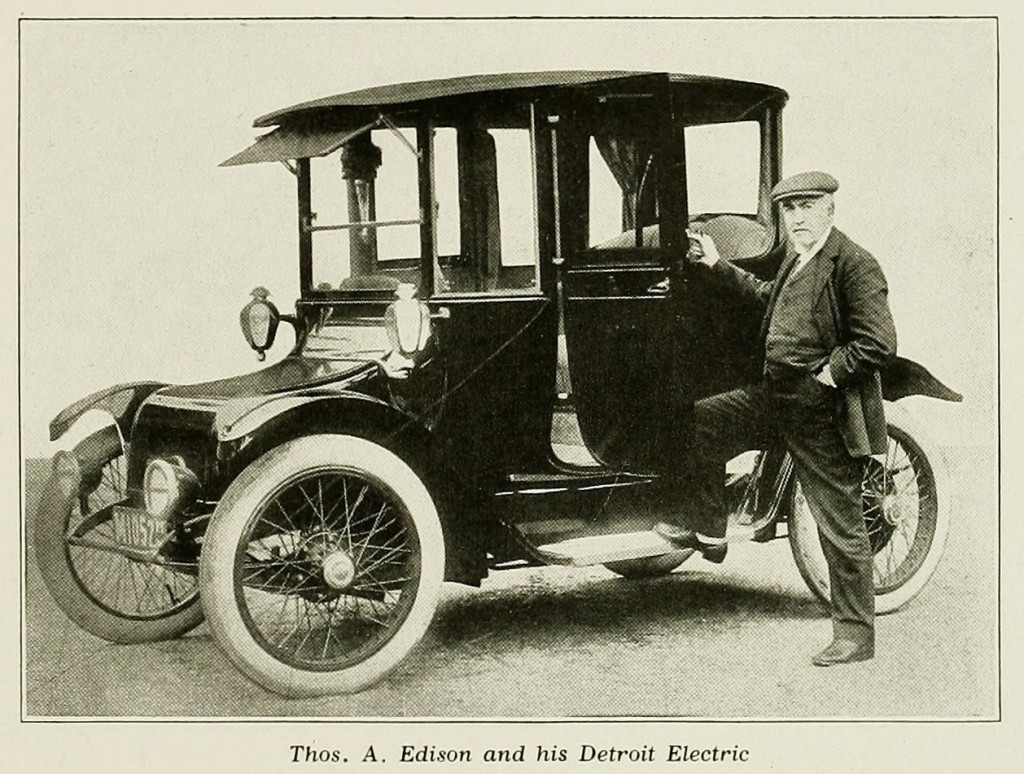 “The growth of the electric vehicle has been hindered by lack of charging facilities. Selling electric current is a mercantile business just like any other business. Not enough central stations realize this, and very few search out every way that current may be marketed. At a result, undeveloped markets exist for the sale of central station energy. It’s a funny business when so few central stations realize that there is a waiting market for the sale of current for charging electric cars. The public is in the curious position of wanting to buy something for which there is no place to go.”

“In my opinion the central station should go into the garage business and provide in this way the best means of furnishing a place to which the customer can go to buy what he wants, electric current, in the form of mileage.”

“If I were in business to sell current I would find every possible way to sell current. If I were a central station manager I would put up a garage and go into the business of selling electricity for driving cars. I would put up or rent a four or five-story building and install a proper elevator. I would charge vehicles at night on banked fires, just as they do in Hartford, Conn., at the present moment. I would have trucks on the first floor and an elevator big enough to handle pleasure cars on the other floors. I would not sell current for charging but for mileage, which is what the customer wants. I would make a service charge per mile that would include the cost of current. A garage charge of this sort could be made to be profitable to both the central station and the business man. Perhaps I would rent out, under a contract with a reliable firm or person, the washing and repairing of the vehicles at fixed and reasonable prices, relieving me of that detail, and confine myself to the selling of current.”

“I believe that the central station should go into the garage business because the electric garage needs the intelligent supervision and reliability that the central station can give it. One of the main difficulties in garaging both gas and electric cars is the lack of knowledge of the average garage man. The storage battery to-day doesn’t need experts to supervise it but it does need the same intelligent and responsible care that any mechanical or electrical equipment needs. The average garage standards of this country for either gas or electric cars are far too low. The central station, if it went after the business on the basis of building up a profitable income, would raise the standard of garage service and reap the reward for it. When I say that I have known men in an average garage to pour sulphuric acid into our alkaline batteries, and to make outrageous charges to their customers, it is easy to see that we can never expect the electric to come into its own until we have more intelligence and reliability in the places where cars are charged.”

“Even the big men don’t seem to realize the opportunity for increasing their sales to the public by establishing charging stations, and by making a profit on selling electric mileage to the community. There is an opportunity for big sales of current on a profitable service basis. Business needs imagination. The electrical business is no exception. Sometimes I think the men who ought to see ten years ahead see only next week.”

Thomas A. Edison Press Photo 1917
from the Electical World article Seeing Ahead for the Electric Vehicle published January 6, 1917

Seeing Ahead for the Electric Vehicle by Thomas A Edison from Electrical World, Jan 6, 1917 Issue 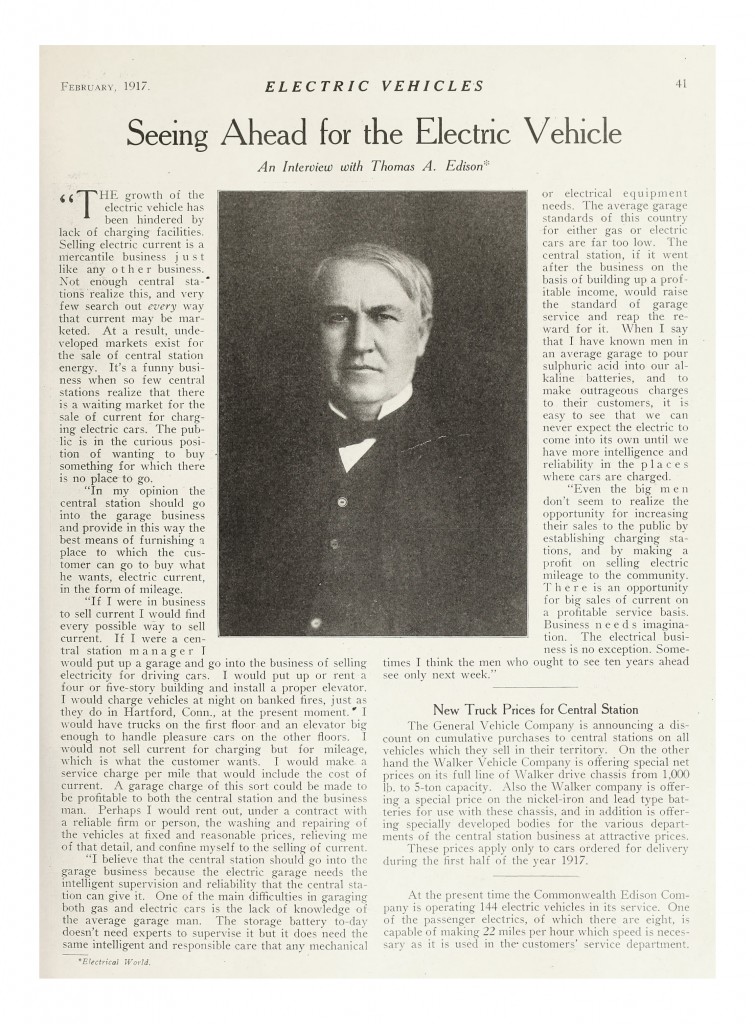 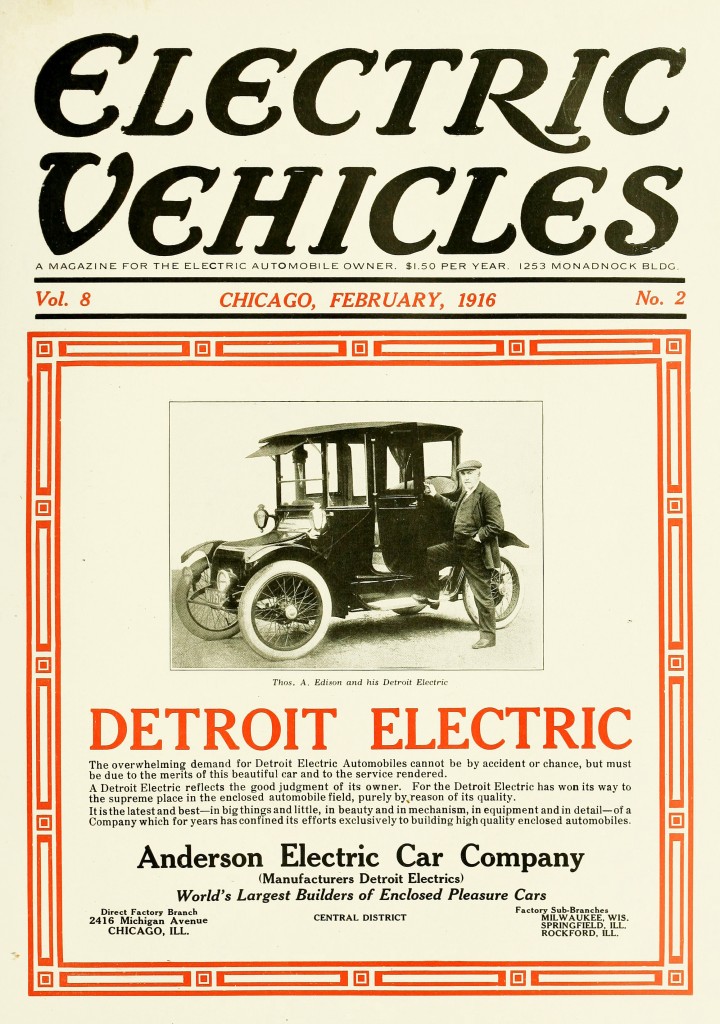